Roubaix : Northern epicenter of the fashion of tomorrow 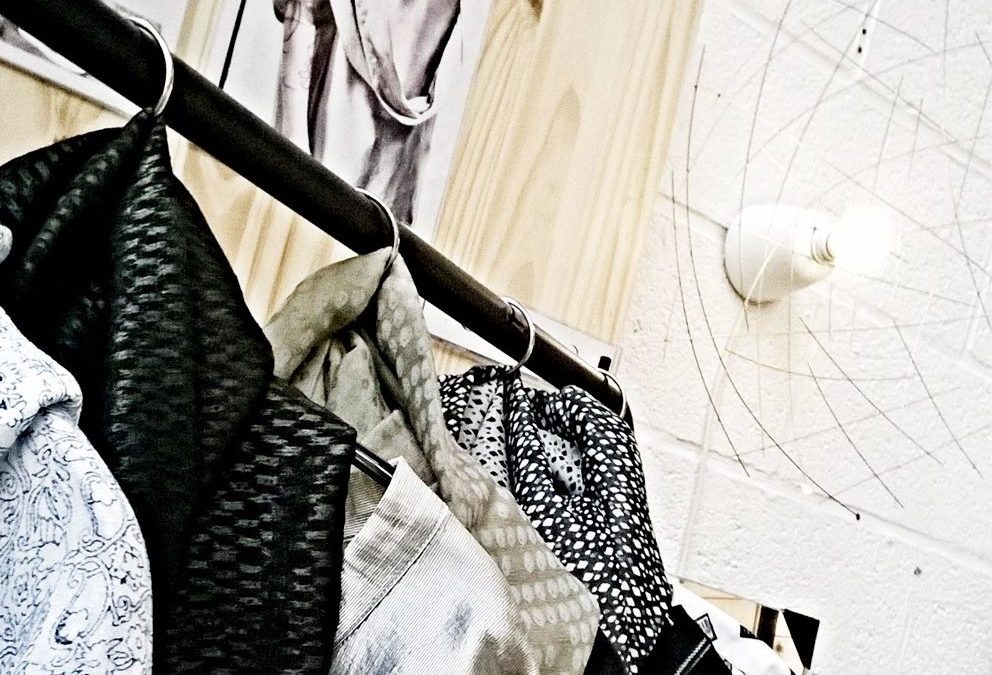 It is certainly not new, but it seems that the excitement that reigns in Roubaix in terms of reinvention of fashion is gaining momentum in 2018. The proof with 2 major events that will be held at ENSAIT, the School of Textile Engineering of the city, before the summer : the meeting organized on March 24 by the Anti_Fashion movement and La Redoute, a company established locally for 180 years and, two months later, the first edition of FashionGreenDays, Circular Fashion Forum, on the initiative of the very active association Nordcréa.

Former flagship of the textile industry from mid-nineteenth century till end of the 70s, Roubaix is ​​still experiencing the full impact of post-deindustrialization effects. Nevertheless, the initiatives continue to multiply to reinvent the heritage of the city. According to Majdouline Sbaï, a sociologist specialized in the environment and pilot of the FashionGreenDays project, “everywhere in Roubaix we feel that textile deindustrialization, and therefore the decline of an unsustainable economy, has had a lot of negative effects … But the city is therefore inhabited by a real desire to gather, to federate, and by very strong citizens, associative and entrepreneurial dynamic to try to provide solutions to social and ecological difficulties. Stéphanie Calvino, founder of the Anti_Fashion Project in Marseille, has spent a lot of time in Roubaix latest months and makes a similar observation: “a bit like Marseille, Roubaix is ​​a city that faces significant economic and social difficulties, but which at once is full of energy and dynamism to make things happen. I noticed that we are often much more creative when we have few resources and we learn to mobilize the best resources.

On Saturday March 24th March in Roubaix, the Anti_Fashion Project movement, which she founded alongside Li Edelkoort, will be the guest of La Redoute for a day of exchanges on the theme “how to rethink the fashion system.” This first meeting will be an opportunity to present the mentoring program developed in Roubaix since October 2017, in partnership with La Redoute at the initiative of Sylvette Lepers. This project was initiated in Marseille in January 2017 under the leadership of Sébastien Kopp, co-founder of Veja, and Stéphanie Calvino. The creative accompanying program around upcycling was then thought by Pierre Violet. The principle is to allow young people between 18 and 25, from disadvantaged neighborhoods, to learn about textile creation and then find a job in the fashion industry. In Marseille, participants had worked on the basis of second-hand jeans. Young Roubaisians are working on creations from unsold stocks of La Redoute. On Saturday they will present the beginnings of their projects at ENSAIT. The event, free and open to all, will allow, through various talks, to collectively think about major challenges to make the world of fashion more responsible, from creation to media coverage, through training. Among the speakers, several members of the UAMEP Label will be present, including Monia Sbouaï of Super Marché who will host an upcycling workshop for the occasion (find the full program of the day here).

Driven by the same desire to conceive the fashion of tomorrow, the FashionGreenDays will be held on May 24 and 25. They complete the FashionTechDays, also organized in Roubaix by Nordcrea since 3 years. For Majdouline Sbaï, the objective of this new forum is clear : “It is a matter of valuing the companies and creators of the circular fashion – including both eco-design and end-of-life issues of products, which form the vanguard of fashion today. But also to inspire and encourage collaboration with companies that are not yet so advanced in this area. Over two days, with 40 eco-responsible fashion brands and 30 talks planned (more details  here), the FashionGreenDays will bring together experts, designers, professionals and textile companies, students and the general public, to show that “This fashion that is good for the Planet and for Men” requires a completely different approach, both from the point of view of creation and economic models.

Thanks to its history and its textile and citizen ecosystem turned towards social and digital innovation, Roubaix is right on the way to becoming a new capital of responsible and circular fashion. Majdouline Sbaï and Stéphanie Calvino are both convinced. “Today we would like Roubaix to become the capital of a new revolution, that of circular fashion, of the ecological transition, which refers to the” third industrial revolution “theorized by Jeremy Rifkin,” concludes the sociologist. A fantastic way of evolution for this northern city, already pioneering in the field of “zero citizen waste”, in order to create employment and perpetuate the historical know-how in a sustainable way.

This site uses Akismet to reduce spam. Learn how your comment data is processed.